Well, if I get asked directly to write about a specific topic, and it isn’t too much work, that is usually already enough to motivate me – in the end, I like to blog about Magic, making it a hard habit to break.

So, Commander 2015! I do not expect too much from this kind of product, which is targeted at an audience valuing very different things in this game than I, consists mainly of cards explicitly designed for multiplayer, and tends to go way overboard with regards to power level. However, there also is a certain degree of extra design freedom noticeable, allowing for cards which could not be printed in a regular set, and thus there might just be something fitting my needs.

This time, though, an unimpressive total of two cards made it into my Limited Card Pool:

While mainly designed to be used in token/sacrifice decks, I want to try this in environments with counter synergies. I thought long and hard if it might be too swingy, but I do not believe so. I think it is even quite weak in draft unless supporting strong synergies, which makes it a good buil-around pick.

I had trouble finding a fitting second Izzet rare (besides Prophetic Bolt) for years, and wasn’t entirely happy with my previous solution Dack’s Duplicate. This is much better. Its strange ability might look very strong from a casual deckbuilder’s perspective, but should be merely good and interesting in draft.

Now, this would be a really short entry if I stopped here, so I will additionally mention a few cards I at least thought about for a while:

This card would work, but it does not lead to especially great gameplay, and I just see no need for it.

I almost replaced Desertion with this, since it is a cleaner design, but it lost out in the crunch because Desertion fits better in between Dismiss and Draining Whelk.

I would have loved to add an effect like this to my black enchanment synergies, but this is just way too powerful.

This would have fitted my crunch as an alternative to Barter in Blood and Languish, but I realized I do not really need a black Wrath of God.

An interesting option among red instery synergy cards, but Black needed Sins of the Past more, which is also a cleaner version.

I tried to convince myself way too long that this weren’t overpowered, but rightly failed. It just does too many great things at once.

Unrelated, I will keep up my tradition of posting winning draft decks. After my latest post, there were three more, bringing my draft win ratio to 16/70 so far: 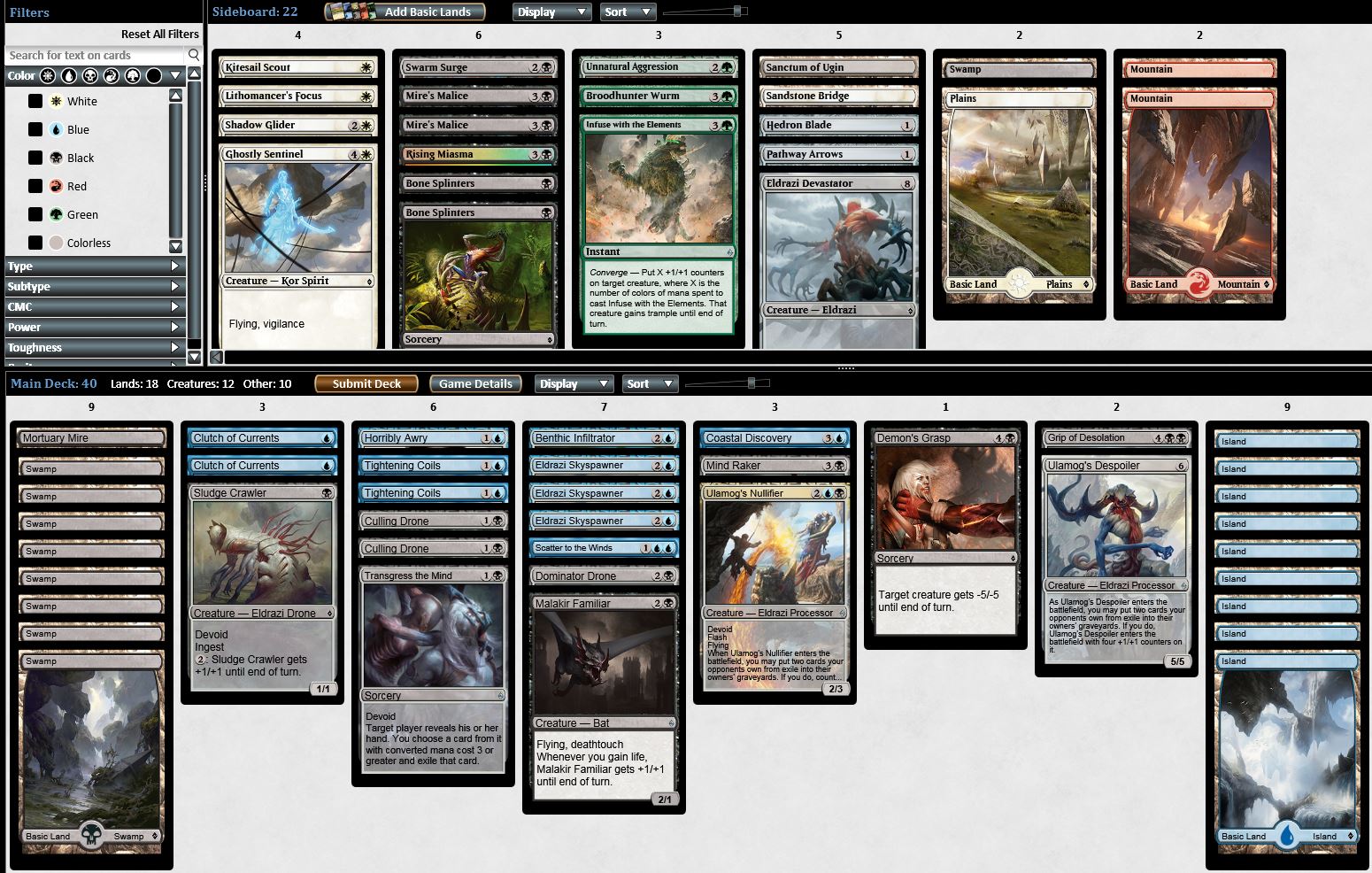 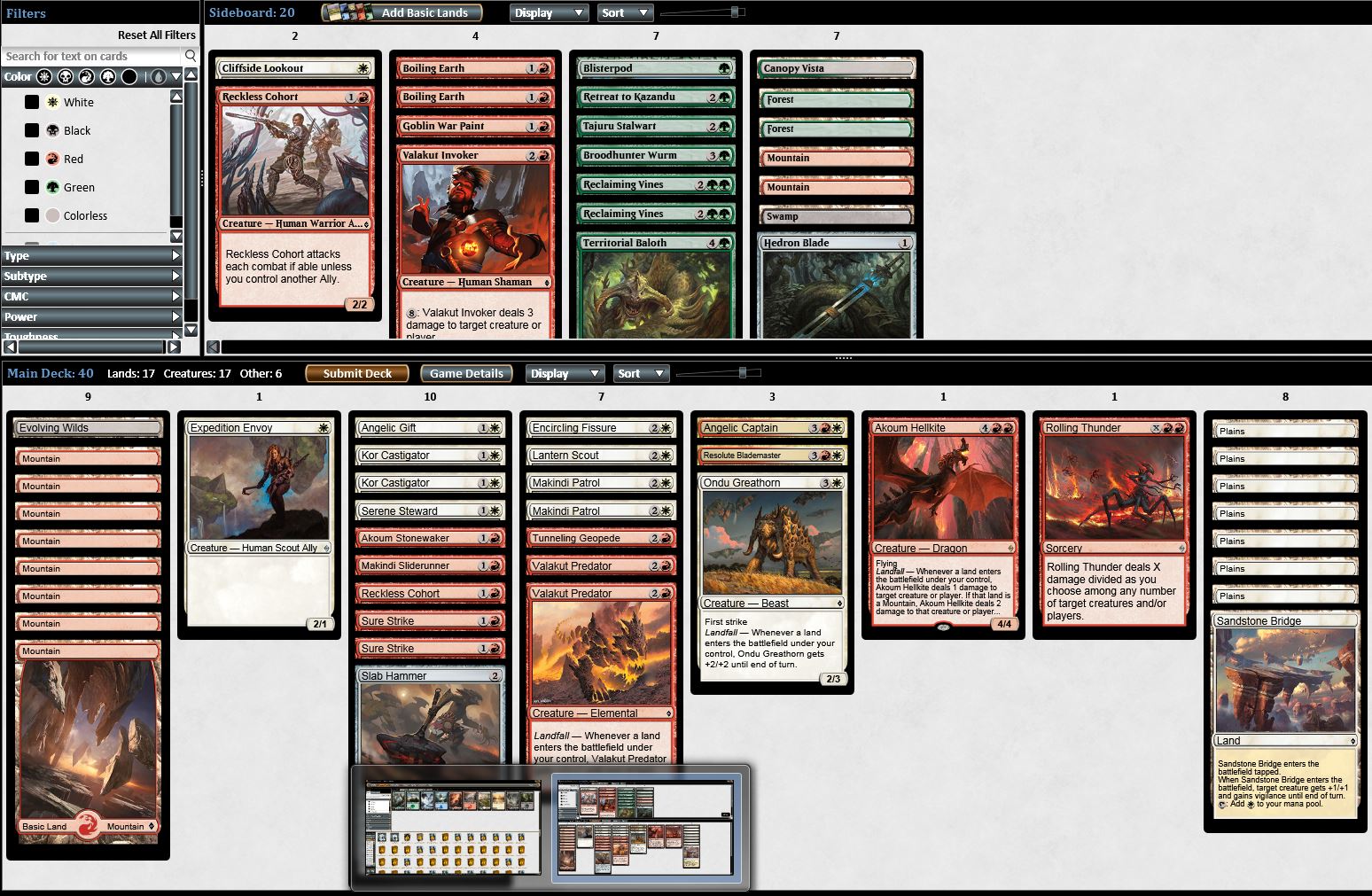 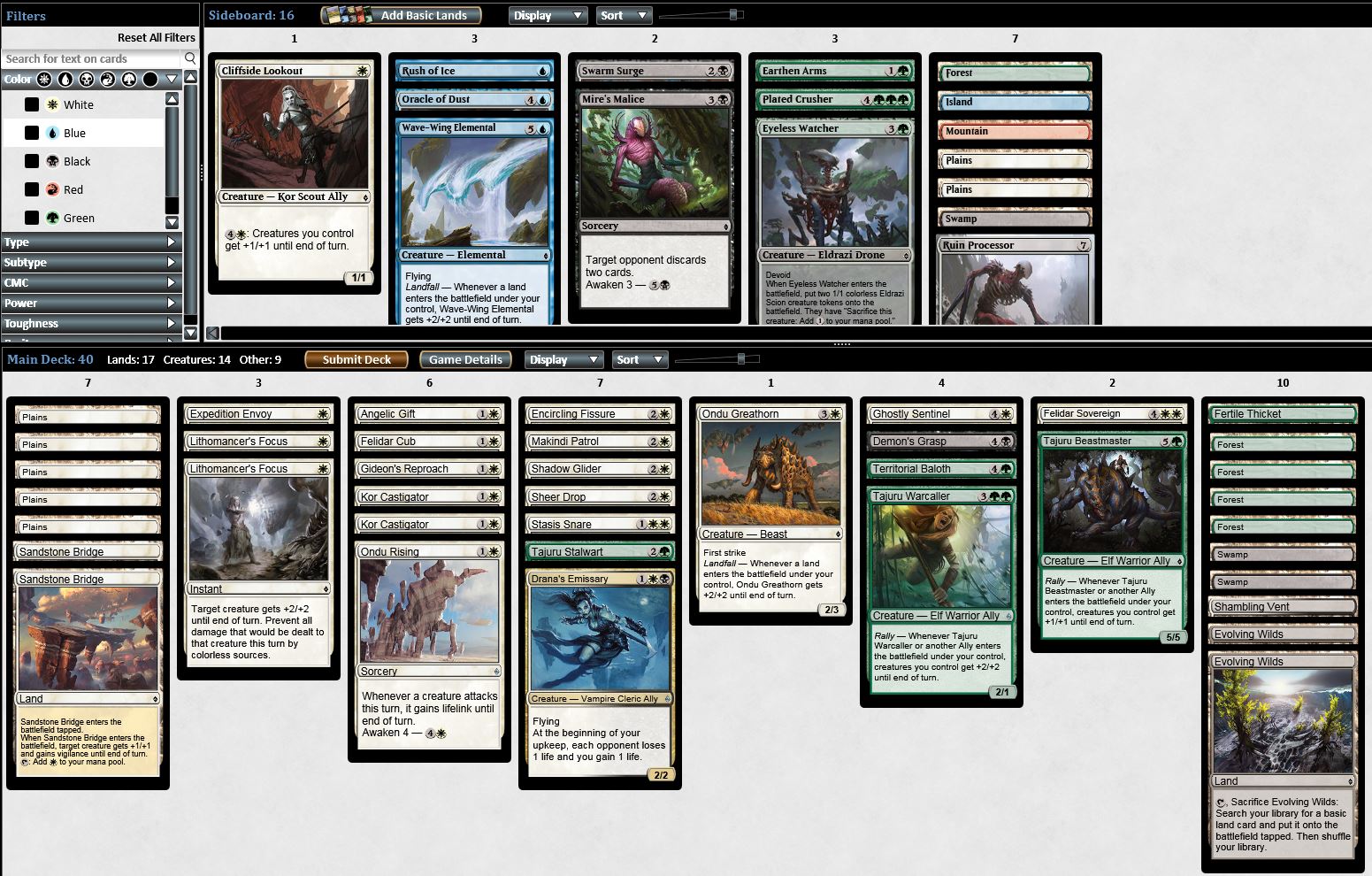