Okay, I’ll keep going, at least for for the moment. 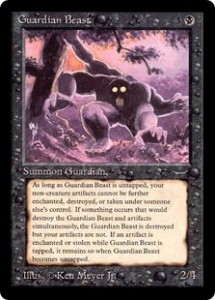 This ability is needlessly complicated. It’s also not black, but white (see Fountain Watch, Leonin Abunas and Indomitable Archangel.) I took a page from Disciple of the Vault for a black artifact-related ability. 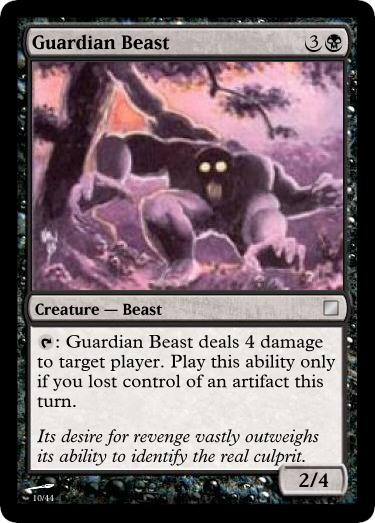 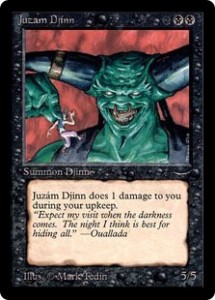 I absolutely love that card as is! (And no, it doesn’t cost only 2 mana. Look closely!) This is probably at the top of my list of cards which I want to have in my Limited Card Pool but can’t (or at least are too sensible to) afford. 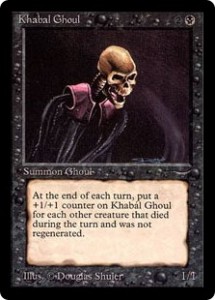 Here, the one thing I’d like to change (the creature type has already been errata’d to Zombie) is the mana cost – I feel this card should require double-black mana. I do not feel strongly enough about this, tough, that I think it merits a redesign, so I’ll leave it be. 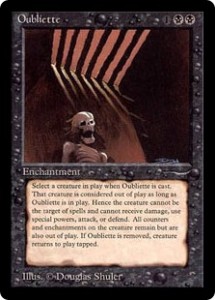 Another card which is worded incredibly weird – in fact, so weird that at one time it had been errata’d to phase the creature out! And all that just so that it would keep its auras and counters if it came back. Well, there is a much easier way to do this. It’s in the domain of White, though, but if we add just the right amount of black-flavored cruelty, we can make it work. Oh yes, the resulting card is overall (but not strictly) stronger – you’d better free that creature from its prison soon, or you do not need to bother anymore. 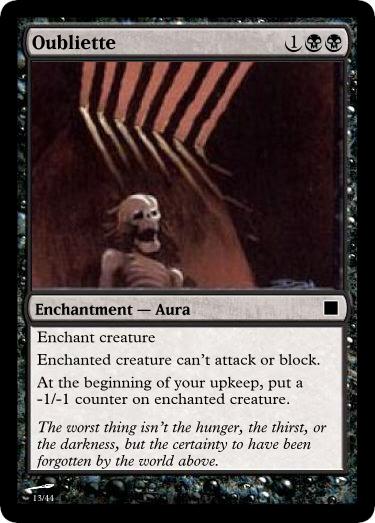 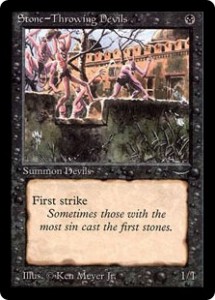 Here my only issue is power level. While 1-mana 1/1s with a combat-related ability can be useful in limted environments, that ability needs to be somewhere in the realm between deathtouch and flying. First strike is just not good enough. I like the card concept, though, and I believe that ability is still tertiary in Black (at least it should be), so I just added a little more oomph in a devilish-feeling way. 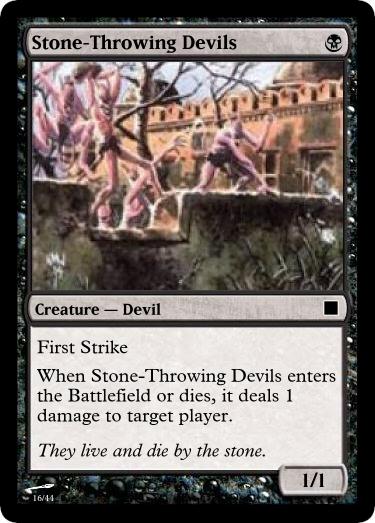