No, this doesn’t mean that my „fixing cards“ series has already ended. I just wanted to uphold the tradition of posting decks which won me drafts, and since the format isn’t exactly brand new anymore, it’s time now.

I haven’t drafted nearly as much as I wanted during the last months due to real life reasons, but I did watch a boatload of videos and streams to confirm my outlook on the environment. To make this short: It is slow, certainly slower than triple Battle for Zendikar draft, and possibly the slowest since the infamous and unparalleled Magic 2014. Note, though, that „slow“ does not mean that you can ignore the existence of aggressive decks and completetly eschew early defense – it just means that defensive decks are generally favored over aggressive ones, and that you need to address the lategame and boardstall situations more extensively than in fast formats, which are mainly about not falling back early and winning races.

I usually, although not always, choose to draw in this format. Making your land drops is very important, since your higher mana slots will be well-filled, and mulligans hurt – the new mulligan rule notwithstanding – since you need both your lands and your spells. Also, most decks stretch their mana bases quite a bit (which makes sense, because you prefer power over consistency a little more in slower formats), and the „sixth color“ Grey compounds this. Being on the draw allows you to keep more 7-card-hands (or rather, makes bad but necessary keeps a little less bad – I’m not actually sure how often I would mulligan a hand on the play which I would keep on the draw).

If you look closely at my winning decks, you will probably notice a trend. (Okay, you don’t need to look THAT closely.) I assure you that most of the six other decks I drafted looked differently – but then again, those went all only 2-1 each, so there’s that… 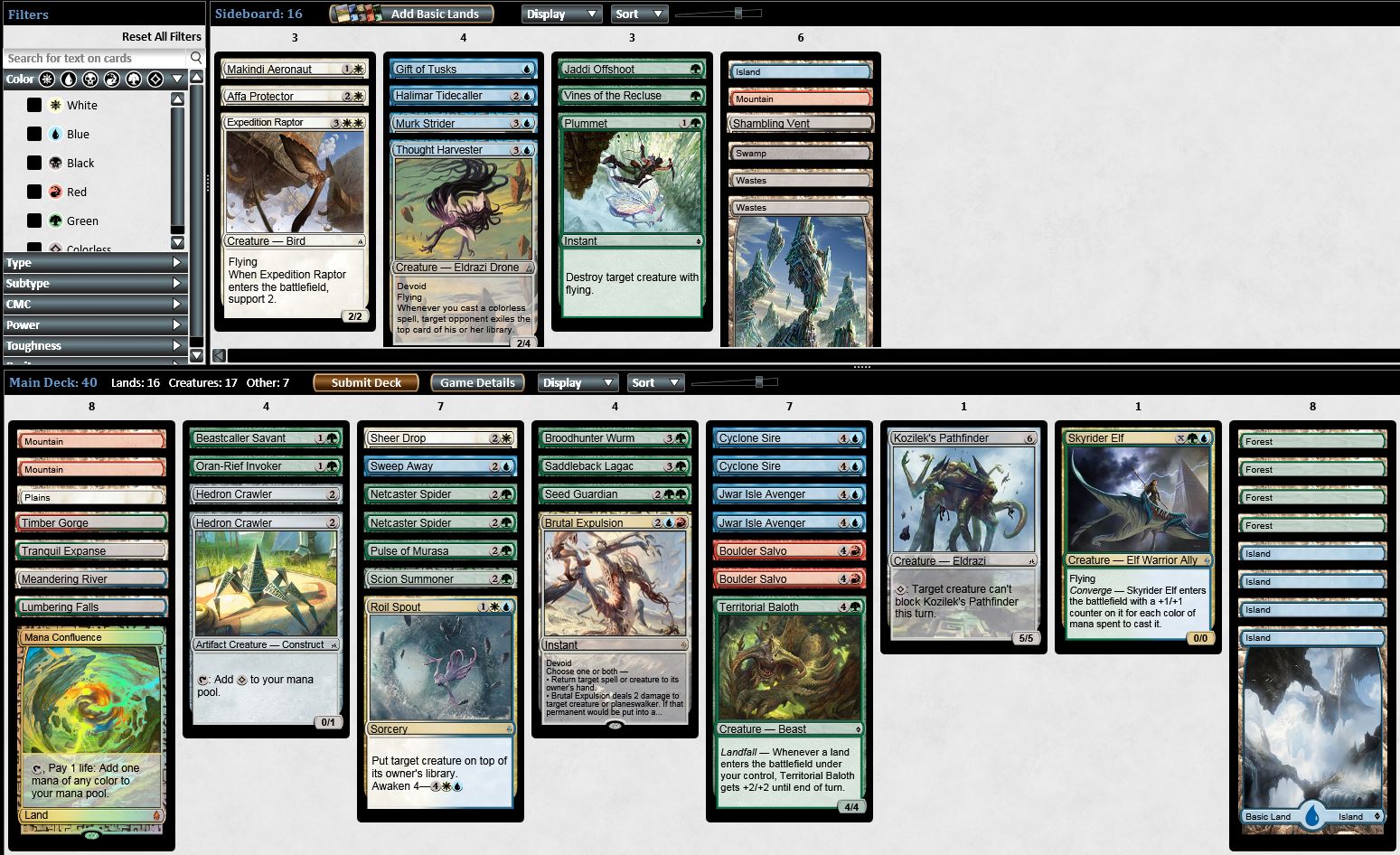 Note that I drew Mana Confluence only once and then didn’t play it, because my mana worked out perfectly fine without it. Skyrider Elf disappointed me by never showing up in a deck where he would have been really excellent. 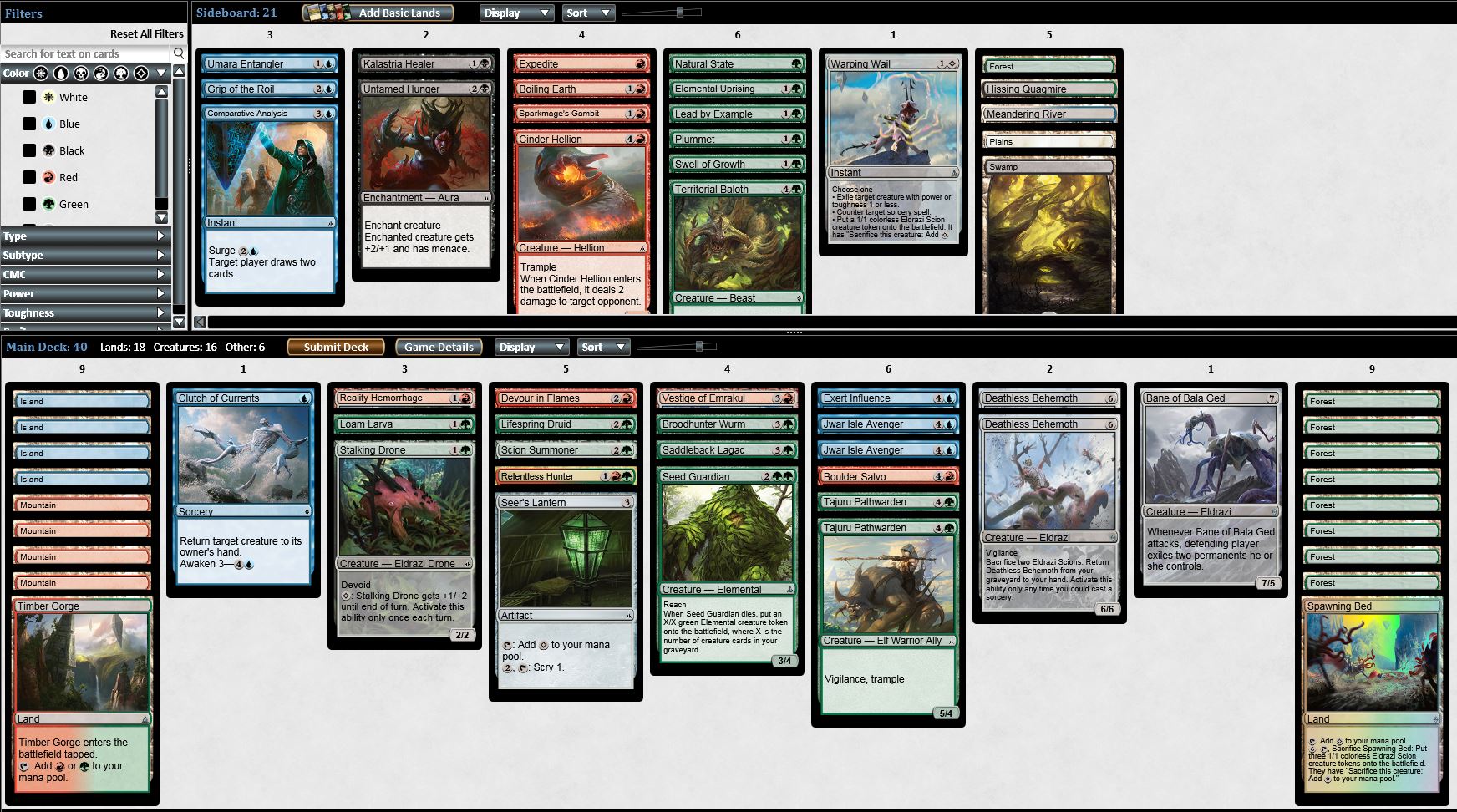 If you thought Deathless Behemoth was good in the previous format, try it in this! Having the biggest creature on both offense and defense is… well, big. 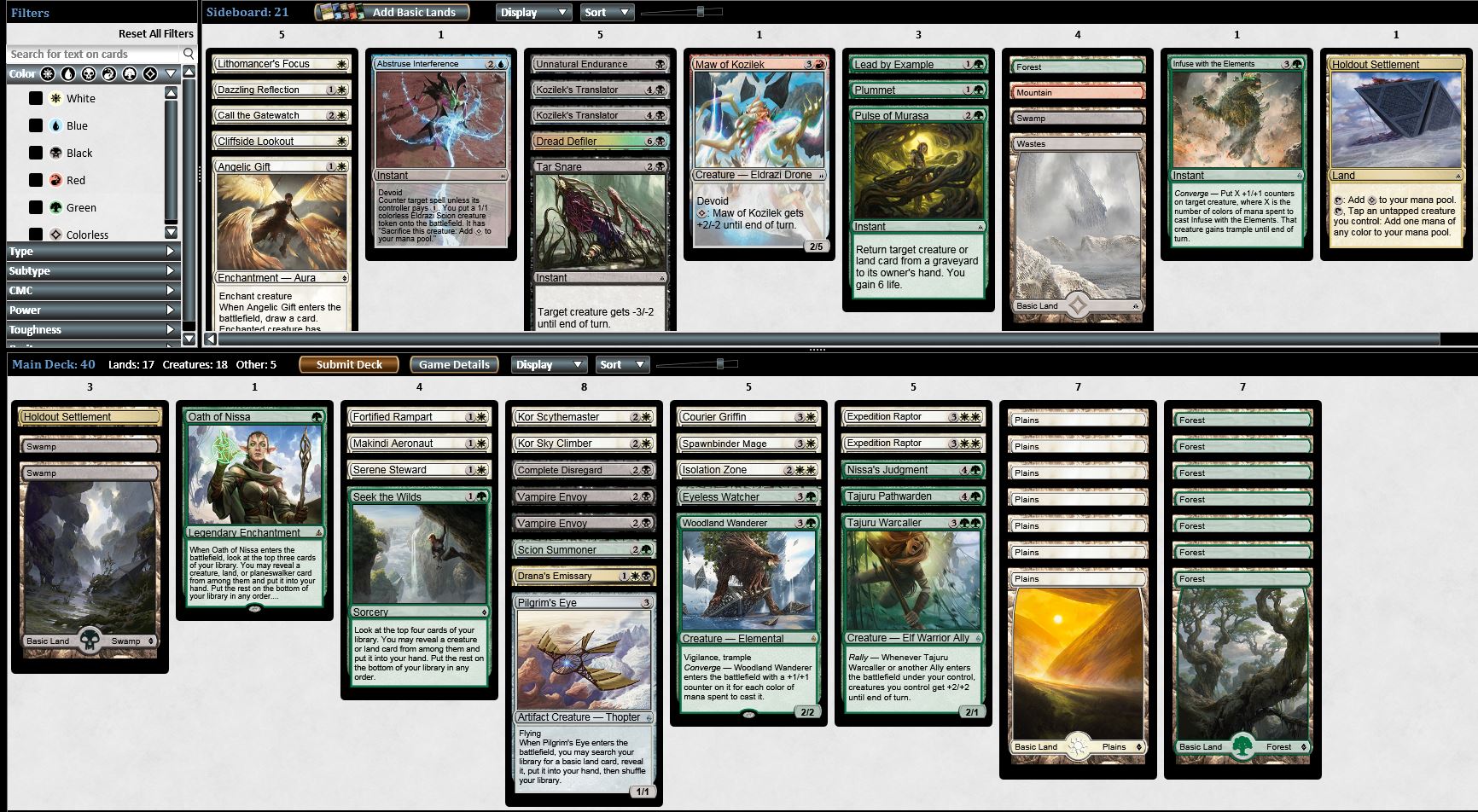 In the finals, I sided the Warcaller out – not because he was too slow against an aggressive deck, but because he didn’t have enough impact in an extremely grindy attrition matchup. 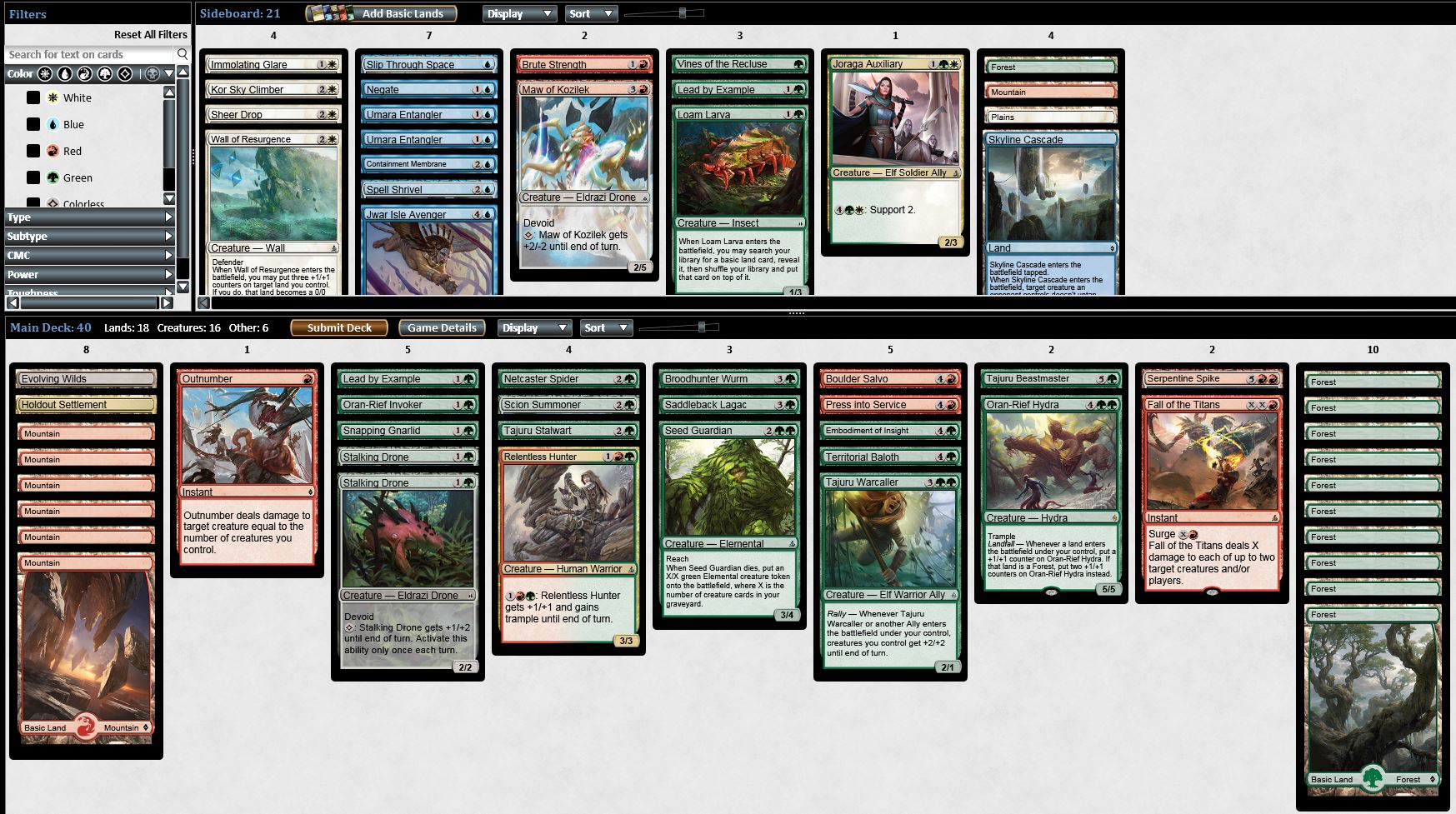 Fall was great, although I never needed to cast it with X>2. I never cast Serpentine Spike, though, although that was the card which finally cemented me in GR instead of UG/r. While I firstpicked those rares, I unbelievably got Outnumber very late, and Press even tabled. People are deeply stupid!

That’s it for now, but I promise to return to Arabian Nights soon!