How to trick players with stupid rules

This weekend a Judge at a Pro Tour had once more the great opportunity to screw a player using a hardly known and completely stupid rule.

What a lucky guy! I am sure 1000 of other judges would love to had that opportunity to get this taste of power. 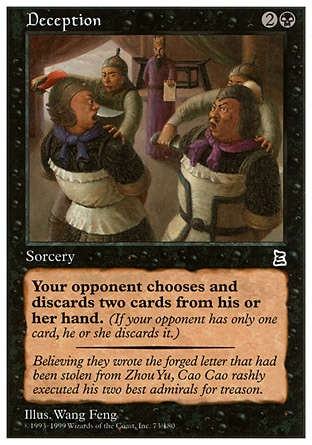 Kay Budde (One of the best magic players of all time) presents the situation quite nicely here:

So in short: a player used the word „combat“ and thanks to some some artifically created shortcut, he had passed his turn up to the declare attackers phase by doing this.

The shortcut can be found here: https://www.wizards.com/ContentResources/Wizards/WPN/Main/Documents/Magic_The_Gathering_Tournament_Rules_PDF1.pdf

And several high level players including Kay Budde have never heared of this enforced shortcut before.

This may have to do with it being part of the tournament rules and not the normal rules. Normal rulechanges are posted on the Magic Main Webpage .

Where these tournament rule changes are only posted on a blog most players have never heared of.

Why was the ruling so bad?

This rule was created with one sole purpose: To prevent people to trick their opponent by abusing the rules.

So in the past some people said unclear things, making the opponent not know exactly what phase it is, and than get an advantage out of it.

So it could be used to trick people who do not know that there is a beginning of combat phase etc. so people not knowing the normal rules.

In this case it was 100% clear what the intention of the player was, he was not trying to trick his opponent, in fact his opponent couldn’t do anything.

He was just explaining what he wanted to do (in which way he want to attack more or less), and used the word combat somewhere.

After this a judge was called by Nguyen and the judge made the ruling, that he said combat, so he is, by default, in the declare attackers step and NOT IN THE BEGINNING OF COMBAT STEP and, therefore, cant crew anymore.

So a hard to find rule made to prevent people from abusing basic rules, was used to trick someone (who may not be too good in english).

So even Scott Larabee did totally not get the point of the rule, as he was defending the stupid decision.

Well it is nothing new, that judges defends each other, when they do stupid decisions, and that they are not even allowed to openly discuss their errors, however, it is as disgusting as ever.

Why is the rule so stupid?

Well the easy answer would be, because it was made by stupid people, but lets explain what makes it so stupid:

Why could such a stupid rule go into existance?

It is not the first time, some stupid change was made, to the Magic Tournament Rules. There was one famous example with the change of the trigger rules, in the past and there, also a new completely ridiculous rule was coming into place.

The only reason, why this was prevented/immidiately changed at that time was, that PLAYERS among them high ranking ones, did see about this change, and showed how stupid it is, and protested against it.

This time the judges just managed, to make their rule change in such a stealthy way, that not enough people remarked it to make a big enough wave.

One can even see below the article in the comments, that the coments were closed quite fast, as people were showing, how stupid this rule is, and how one could simply make it better.

So this time the judges managed tokill the discussion early. Well done Judges….

Since some people always say „this is not constructive“ etc. when there is critique, here are some easy steps on what to do. Although it should be totally obvious for any sane person, still here is the solution:

10 Responses to How to trick players with stupid rules